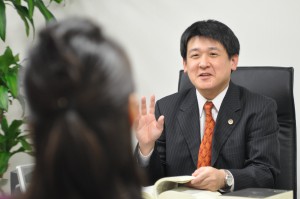 The field of debt consolidation is a major field of personal law for a Japanese lawyer.

In the case of bankruptcy, lawyers will settle the case in accordance with the Bankruptcy Law.

Debt consolidation, unlike bankruptcy, does not have formal law.

The field of debt consolidation is a field of law that Japanese lawyers have created through a lot of practice.

I will explain the specific job contents of debt consolidation.

1. The person who asks a lawyer for a debt consolidation case is often an ordinary office worker.

2. The reason for asking a lawyer is that the debt repayment has exceeded my monthly income, and I am unable to repay on a monthly basis.

4, Also, after the lawyer has started the negotiations, we will repay it on a condition that interest is not paid.
We will have you repay in installments only for the principal.

5. After the lawyer has started negotiations, the creditor cannot contact the debtor directly.
You will be forced to negotiate with a lawyer.

6. In this way, the client can request a lawyer to consolidate his debts, thereby making his debts payable in installments to the extent that he can pay back his salary.
It also eliminates the burden of future interest payments. 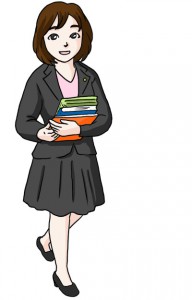 In this way, it seems very beneficial for the client to have a lawyer.

However, in debt consolidation practice, many creditors accept the terms and conditions proposed by lawyers.

You may be wondering why creditors accept the terms suggested by lawyers.

The reason is that debt consolidation also benefits creditors.

Why does debt consolidation benefit creditors?

In Japan, debt collection is very difficult for creditors.

In the field of consumer finance, loans to individuals are made unsecured.

It is also possible to bring a trial to recover the debt.
However, loans to individuals are usually small, so the cost of collecting loans is often higher.

Therefore, if the debtor offers to repay the debt as much as he she can pay, the creditor will be able to collect the delinquent money without incurring collection costs. 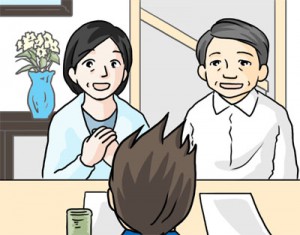 There were times when credit card companies and consumer finance were lending money to anyone to improve their performance.

At that time, there was really little screening in Card Review.

For example, annual income was not required to provide supporting evidence.

If the person wrote “5 million annual income” on the application form, the screening was done on the assumption that the annual income was 5 million.

Also, even housewives who have no income can make almost unlimited cards.

As a result, they could borrow more than their income whenever they wanted to.

This is called the excess credit problem.

As a result of this excess credit problem, many people created debts that could not be repaid.

Credit card companies and consumer finance have driven many to self-bankruptcy. Therefore, I was asked for social responsibility.

So, in order to take social responsibility, credit card companies and consumer finance have established a rule that lawyers must negotiate repayment in good faith when notified of debt consolidation.